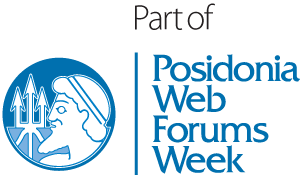 Mr. Panagopulos is Chairman and Founder of Forward Ships, a company founded in 2016 with the mission to build, own, and operate the cleanest, and most efficient LNG-fueled fleet of cargo ships in the world (www.forwardships.com).

Mr. Panagopulos (51) co-founded Superfast Ferries in 1993 under Attica Group, a Greek-listed entity which was controlled by the Panagopulos family. As CEO of Superfast Ferries and the Attica Group, he engaged and successfully completed the design and construction of 17 passenger ferry newbuildings in shipyards in Germany, Finland, Holland and Korea, an orderbook of over €1.5b, and led the successful expansion of Attica Group into a 25-vessel and 5-million-passenger-a-year company with routes in Greece, Italy, Finland, Germany, Scotland, and Belgium. In 2006 he closed the sale of Attica Group’s Baltic Sea operations and in 2007, following the sale of the family's participation in Attica Group, he founded Arista Group to focus on identifying attractive investment opportunities in various sectors with emphasis on sea-related interests.

Alexander Panagopulos is a member of the American Bureau of Shipping (“ABS”) Greek National Committee and the Lloyd’s Register Hellenic Advisory Committee. He also is a Senior Advisor at Climate Adaptive Infrastructure, LLC. and at the Maritime Group LLC.

Mr. Panagopulos was honored to be elected and to have served for eight years in the position of Chairman of the High Level Ferry Group of ECSA (European Community Shipowners' Association based in Brussels), and on the Board and as a President of Interferry, the international association representing passenger ferry ship operators worldwide. Alexander Panagopulos has also served on the Det Norske Veritas (“DNV”) Technical Ferry Committee.

An avid skipper himself, Mr. Panagopulos developed his passion for ships and the sea with the California-based Royal Cruise Line, the cruise company founded by his father Pericles in 1972.

Mr. Panagopulos has pursued innovation in the fields of shipbuilding and environmental technology and has sponsored a number of philanthropic events, including donations for natural disasters and conservation of wildlife.