HELD IN CONJUNCTION WITH

Hong Kong has long been a Global Maritime Center, facilitating trade between the East and West, and overcoming geopolitical and industry challenges and competition from other maritime hubs.

Under the “Belt and Road” initiative, Hong Kong has leveraged the Great Bay Area to become a super connector between China and the World, facilitating and enhancing access to Chinese resources post pandemic, while also offering an improved infrastructure, forging multilateral collaboration, and utilizing its competitive advantages that has remained over and improved over time.

Capital Link’s Hong Kong Maritime Forum aims to highlight the enduring leadership of Hong Kong as a global maritime center. The topics are Hong centric and the target audience is the international maritime community.

Leading Maritime Hong Kong Stakeholders from different aspects of the industry will provide authoritative and comprehensive viewpoints on the above. The discussion will cover prospects and outlook of Hong Kong as Global Maritime Center, as well as the traditional advantages as these have developed today


Topics of discussion include:

• Hong Kong’s drive to post-pandemic economic recovery, the energy crisis and the remaking of globalization following the Ukraine War, while acting as a super-connector between China and the rest of the world
• Hong Kong’s competitive advantages under China’s unique policy of One- Country Two Systems; Multilateral collaboration & how to tap into Chinese Resources through Hong Kong and the Greater Bay Area
• Recent developments in Hong Kong’s role as a global shipowner, operator, finance, tax, legal and arbitration hub
• The new political situation in China, and the underlying tension of China-US relations, and Hong Kong’s role
• Hong Kong’s recent government reform has created a dedicated bureau for transport and shipping, and its meaning in terms of opportunities, prospects, and outlook for the global maritime industry conducting business in Hong Kong. 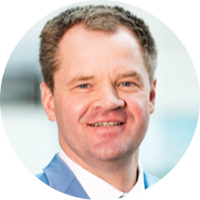 Norbert Kray has assumed the position of Regional Manager for DNV GL Maritime in Greater China since 1st January 2018. Based in Shanghai, he is responsible for overseeing, strengthening and growing DNV GL’s maritime business in Greater China- one of the strategically most important regions for DNV GL Group.

Before coming to China, Mr. Kray was Area Manager for DNV GL Maritime in Japan since 2014.

Mr. Kray is a trained Naval Architect. After his study he started his career at the Bremer Vulkan Shipyard and then moved to Germanischer Lloyd (today DNV GL) in 1997 where he became surveyor. To begin with, he worked in the Analysis of Hull Structures and Damages; later he was deputy head of the Damage and Repair Management. Since 2002, Norbert Kray has represented the Classification Society in committees of the International Association of Classification Societies (IACS). After leading the Department for Emergency Response Service and Ship Conversion he had been appointed to the position as Senior Vice President in 2008. In his role as Chief Surveyor he was responsible for the global survey activities, the surveyor network, and quality. 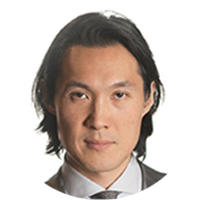 Hing Chao is the Executive Chairman of Wah Kwong Maritime Transport Holdings. He is also an Executive Committee member of Hong Kong Shipowners Association, a Trustee of Hong Kong Maritime Museum, the Chairman of Bureau Veritas Asia and Australia Committee, and a member of The Hong Kong Committee of Nippon Kaiji Kyokai. Since 2015 he has joined Wah Kwong's Board of Directors, having occupied various positions in the Wah Kwong Group across the real estate and shipping sectors. He is also an acknowledged cultural leader and well known for his work in intangible cultural heritage, Chinese martial arts, and the study and preservation of nomadic culture. In addition, he is the founder of Hong Kong Culture Festival and International Guoshu Association, the leading independent research organisation for Chinese martial culture. 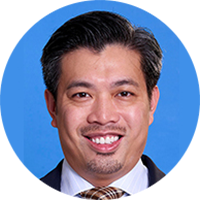 Mr. James Tong is shipping specialist in Citi primarily responsible for the shipping, marine logistic portfolio including shipping, deep sea offshore and ports & terminals in this region. James commenced his career in banking as a gradate trainee first with ABN Amro N.V. in 1996 immediately after completing his undergraduate at university. He then joined Citi's regional shipping team in Hong Kong as a junior shipping transactor/originator in year 2000 until 2008. In between 2009-2011, James was invited to join the global office of Structured Finance of Standard Chartered Bank in Hong Kong as senior shipping originator before rejoining Citi in 2011 as a senior director in Citi Investment Banking regional office to reinvigorate Citi's global shipping franchise in the region. He has become the APAC & Japan regional head of Global Shipping & Logistics since 2013. James has more than 25 years of rich and solid global banking experience and 20 years of which are specialized in the global shipping industry. He has raised more than US$20 billion worth of various forms of capitals for across all shipping subsectors including the containerized shipping, dry and wet bulk, car carrier and cruise ship, LPG and LNG gas carrier, offshore and offshore support vessel sector, ports & terminals. James holds a Bachelor of Commerce degree from the University of New South Wales in Australia with a double major in in Accounting and Finance. 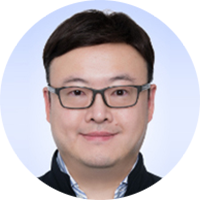 Wellington graduated from Boston University with a Bachelor of Science Degree in Business Administration, majoring in Marketing and Operations Management.

In 1997, he joined Hong Kong Trade Development Council, a statutory body dedicated to promote Hong Kong trade. He worked there till 2008 when he joined his family business, Valles Steamship Company, Limited. 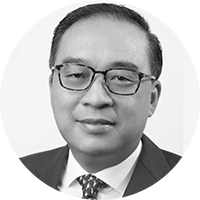 Lianjun Li has been a partner of Reed Smith Richards Butler since 2004 and currently is a senior partner and the head of the transportation and commercial litigation practice in Hong Kong. He qualified as a solicitor in Hong Kong, England and Wales.

He has extensive experience in dealing with legal issues and disputes relating to international trade, commercial transactions, transportation, shipping, cross-border investments, shareholder agreement and bond issuance. His clients include well-known domestic and foreign enterprises and organizations.

He also serves as a member of the Hebei Provincial Committee of the Chinese People’s Political Consultative Conference. He is a visiting professor to some well-known law schools and is also a member of Advisory Committee on Promotion of Arbitration of Hong Kong Department of Justice, 2021 Hong Kong Election Committee elected by the Hong Kong Legal Subsector, LMAA Supporting Members Liaison Committee (Asia Pacific) of LMAA, the Transport and Logistics Committee of the Law Society of Hong Kong and the SCMA Procedure Committee.

Lianjun has been recognized by Chambers, Legal 500, and Who’s Who Legal as a leading individual in the shipping transportation industry for many years. He is also listed by China Business Law Journal as China’s Elite 100 lawyers (Foreign Firms).